It was quite clear that when architect Ivan Štraus designed this hotel, its destiny would be uncommon and leave a permanent mark on Sarajevo’s history. Not only because people compared its yellow façade to Pacman and Lego or its lobby to a circus tent, but because it is much more than a hotel which was built for the 1984 Olympic Games.

This place is a rebel, a fighter and a survivor!

A rebel, because its architecture is so different as to what the inhabitants of Sarajevo were accustomed to. It seems that many people did not know how to react to this architectural design which did not respond to the usual expectations of the city. Few Ottoman era prints, Austro-Hungarian design ideas, or Moresque influences can be found in the many corners of the building.

A fighter, because it became the shelter hotel for international journalists who set up base there during the siege of Sarajevo in the nineties, despite regular shelling and the hotel’s precarious location on the so-called Sniper Alley.

A survivor, because it has been trying to subsist by combatting its demons of the past which regularly resurface and make its existence difficult to live in; it faced tumultuous sell-off, license loss and bankruptcy.

And yet, nevertheless, like a phoenix, it has pushed itself to revive its body and soul and to face an exciting but uncertain future. A future which will be, I hope, as grand and impressive as its overwhelming and unexpected lobby.

I admit that when I entered, I did not immediately catch the beauty and depth that would slowly but surely emanate from everywhere. It is only when scrutinizing all that was surrounding me that I realized the location’s undeniable rough, unpredictable, unannounced and captivating charm, which truly rendered me speechless.

Guests do not immediately fetch the allure of this modernistic palazzo because of its grandiosity which, according to me, is there to provide the feeling that everything is possible as long as the road remains close to the Olympic Games’ motto: Citius, Altius, Fortius (faster, higher, stronger).

And I feel that architect Ivan Štraus succeeded in his task as his design is simply magnificent and innovative but at the same time filled with discreet neoclassic features that alleviate the flamboyance of the concrete building by the use of lampposts, huge parasols, arches and balconies.

The designer found the right floor lamps that suit the typical Eighties white and purple sofas, whose grey neighboring friends were set up according to the official Sarajevo 1984 Winter Olympic Games’ logo.

The mixture of all these balanced streams, made me search for perfection in various details of the premises and lead to the conclusion that this is truly a Dream Team Hotel, completed by the staff which was adorable during my visit.

I know that this spot will not leave you unmoved as just as the yellow color which was used for the building’s façade, it will awake a mixture of different feelings such as hope, happiness, positivity, optimism and stimulate the mental process and encourage communication. And isn’t this what we all need in our existence, no matter how our existences evolve?

So, although things here haven’t always been fun and comfortable as a holiday, this surprising and moving hotel, which has lived a thousand lives, is an absolute must! 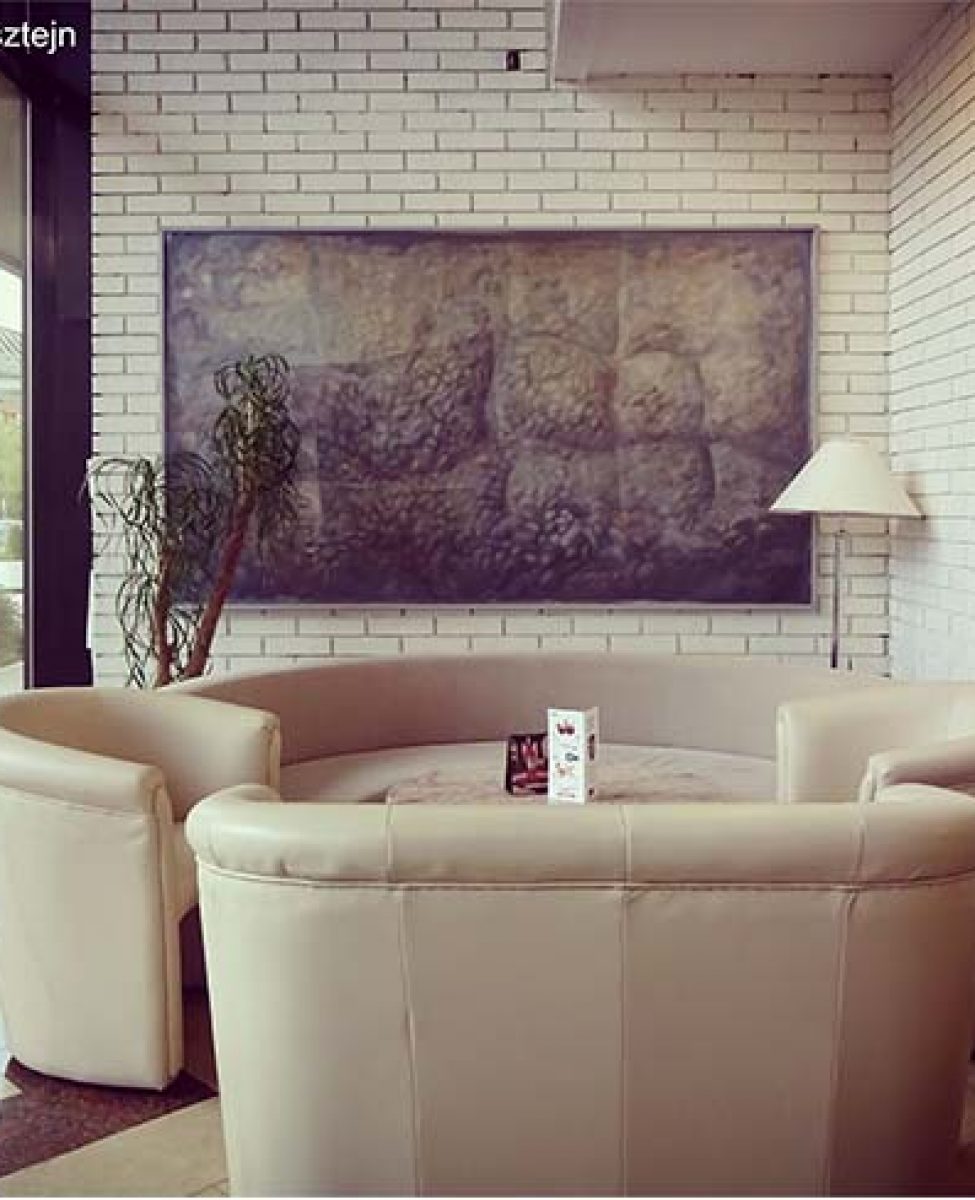