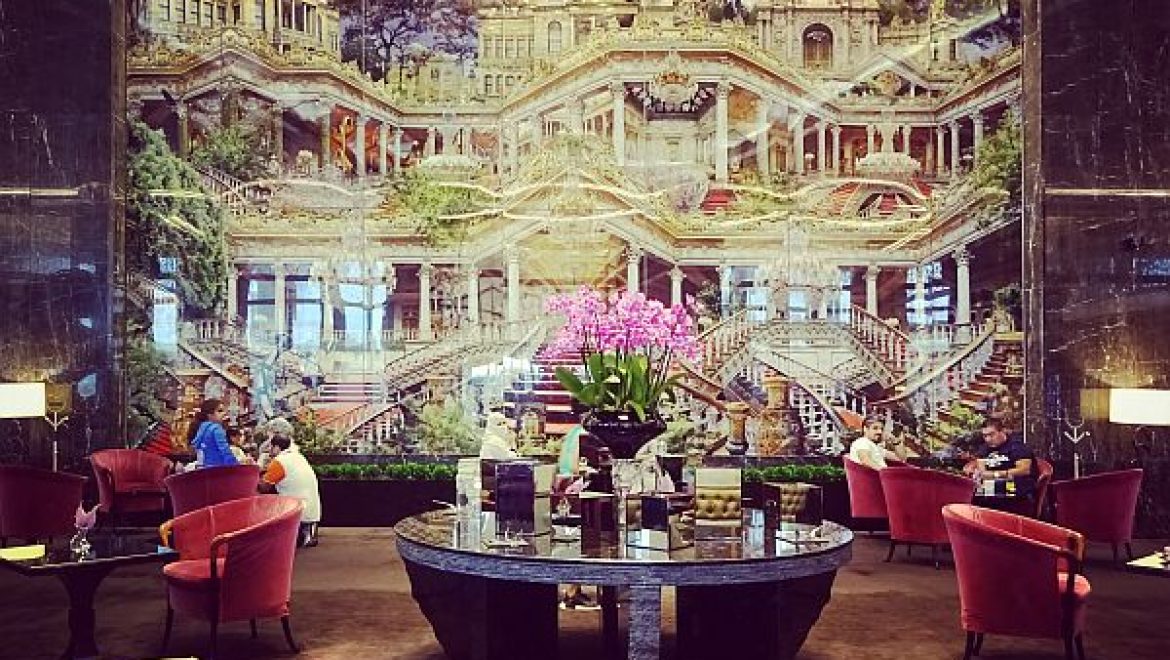 I love Istanbul as although contemporary architecture conquered the city, it has been able to keep a close relationship with its impressive and mysterious centuries old heritage.

One of the hotels which made a point to remain loyal to its metropole’s beautiful charm is hotel Raffles Istanbul, built on one of the city’s seven hills.

I am tempted to write this palazzo is a business hotel, but it’s much more than that. Just as when you discover Istanbul for the first time, you are speechlessly overwhelmed by its sight, looks and enticed to open all its doors since they will certainly lead to true amazement.

From the very beginning of its creation, it was made clear that although it would offer all the up-to-date amenities of a fashionable and trendy palace, it would also narrate historical sequences, such as the Byzantine era, that can be uncovered throughout the premises.

Hirsch Bedner Associates (HBA), Canvas Art Consultants and Illuminate Lighting Design modeled an impressive work of art… or should I say masterpiece? The result is innovative, enlightening and unconventional as they united their diversity with local and regional art, and this mixture sculpted a breathtaking whole.

Raffles tells its story at the very moment you set foot in its lobby where the imposing and magnificent Lavinia by Martin Dawe welcomes its guests and emphasizes that this hotel has a heart and a soul, which it is keenly waiting to open to you.

The statue, that shares some similarities with Henri Moore’s striking works of art, is surrounded by Jean-François Rauzier’s colorful and magical Dream of Istanbul, that will take you, just by looking at it, on an enchanted and unforgettable Estambulite adventure, wandering between dream and reality.

It will carry you to corners of the building which are undeniably breathtaking because of their originality and refinement, and because of the peaceful effect they will have on you.

I fell in love with the Writer’s Bar, as I felt I was setting foot in a splendid drawing of which I did not seem to get enough. The sofas, the surrounding bookcases, the reflections on the bar and the blend of various blue and yellow tones that reminded me of the sea and sun, create a cozy and inspiring atmosphere.

I can safely state that the photographs I shot of this hotel are among the most original ones; they reflect an unusual elegance, emphasize colors that I have not been used to encounter in hotels and leave a clear message: reach perfection by uniting styles, cultures and stories!

I was sad to leave as I had a feeling that, although I took my time to visit the hidden spots of this impressive creation, there were loads of details I had still to dig up.

Believe me, this surprising palazzo, which raffles architecture, design, art, history, illusions and fantasy, is an absolute must! 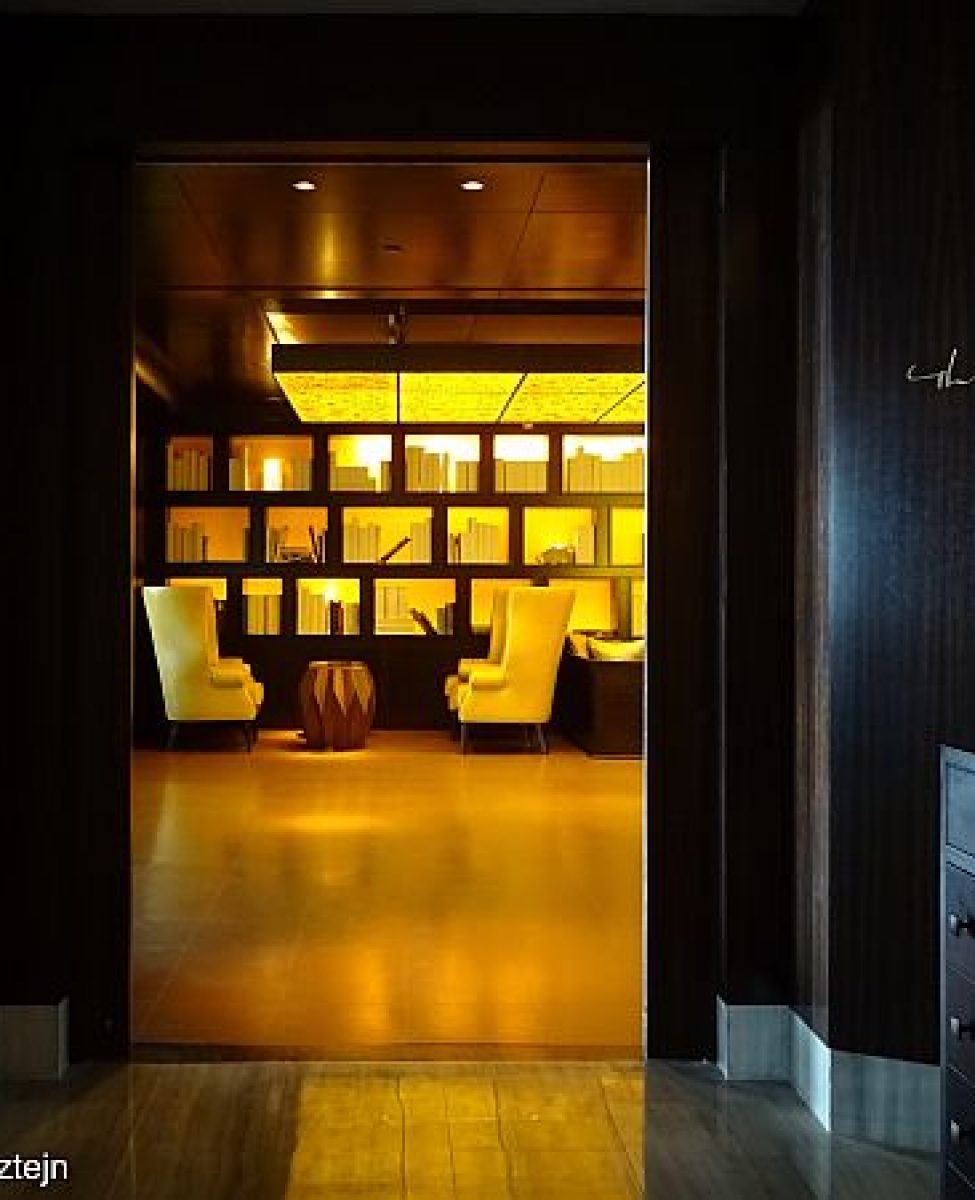 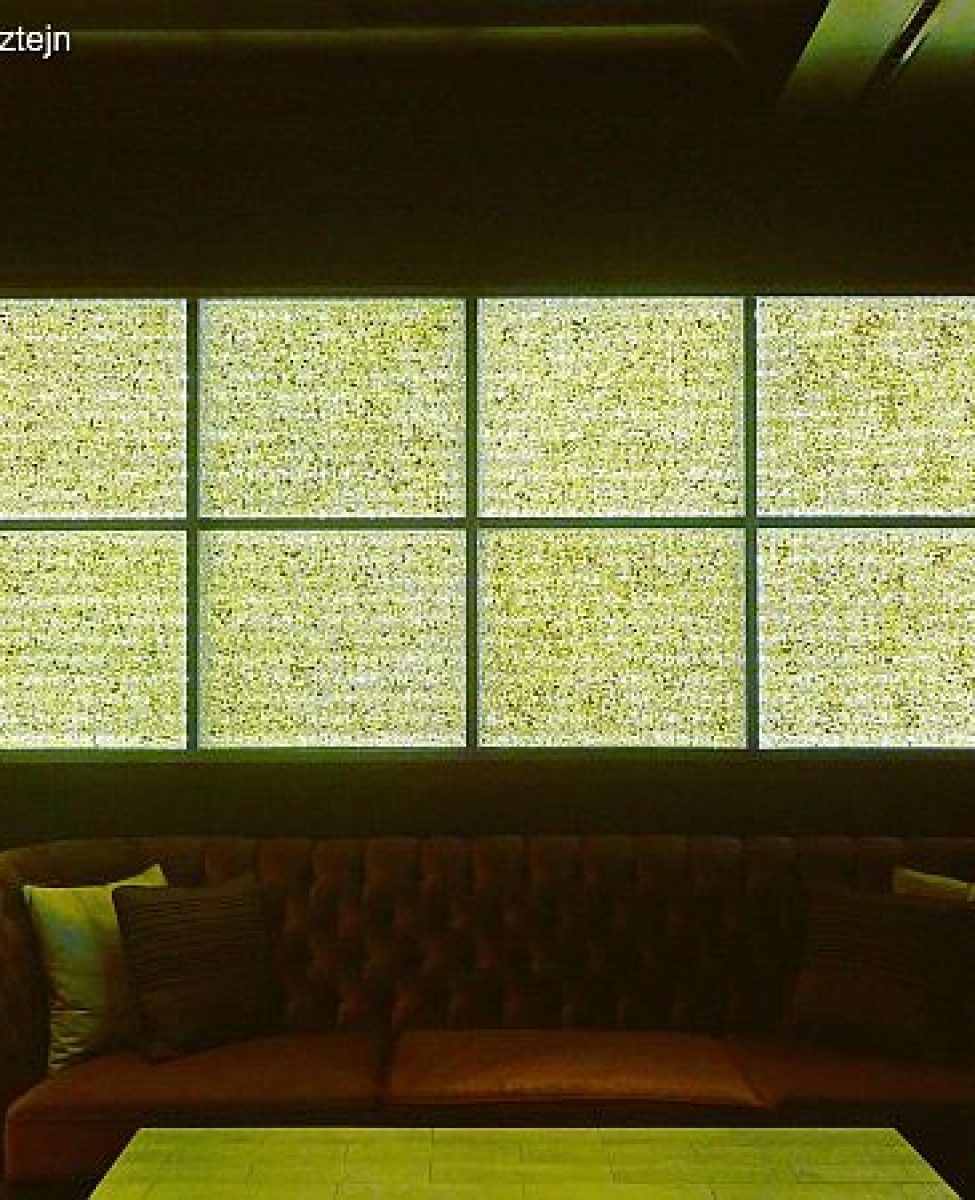 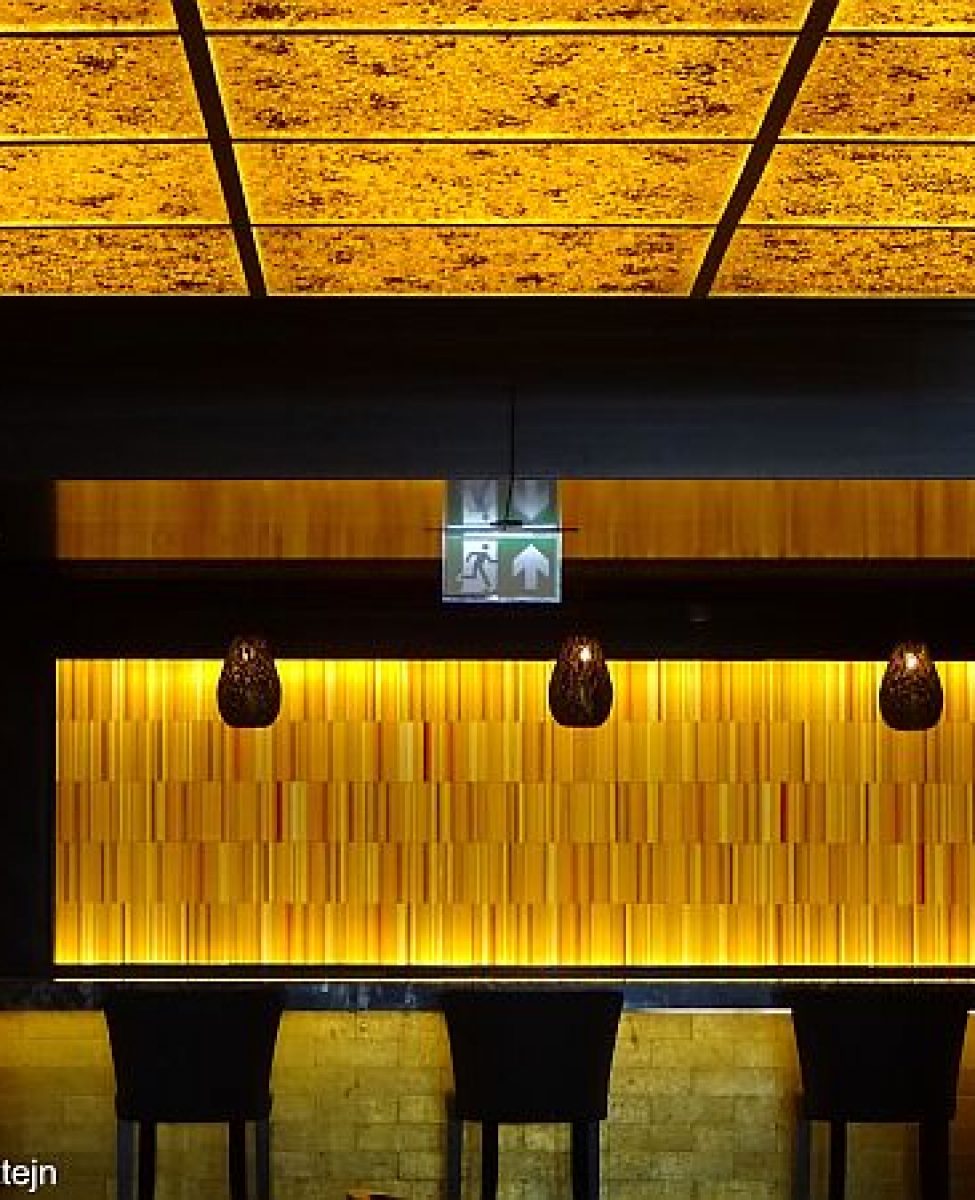 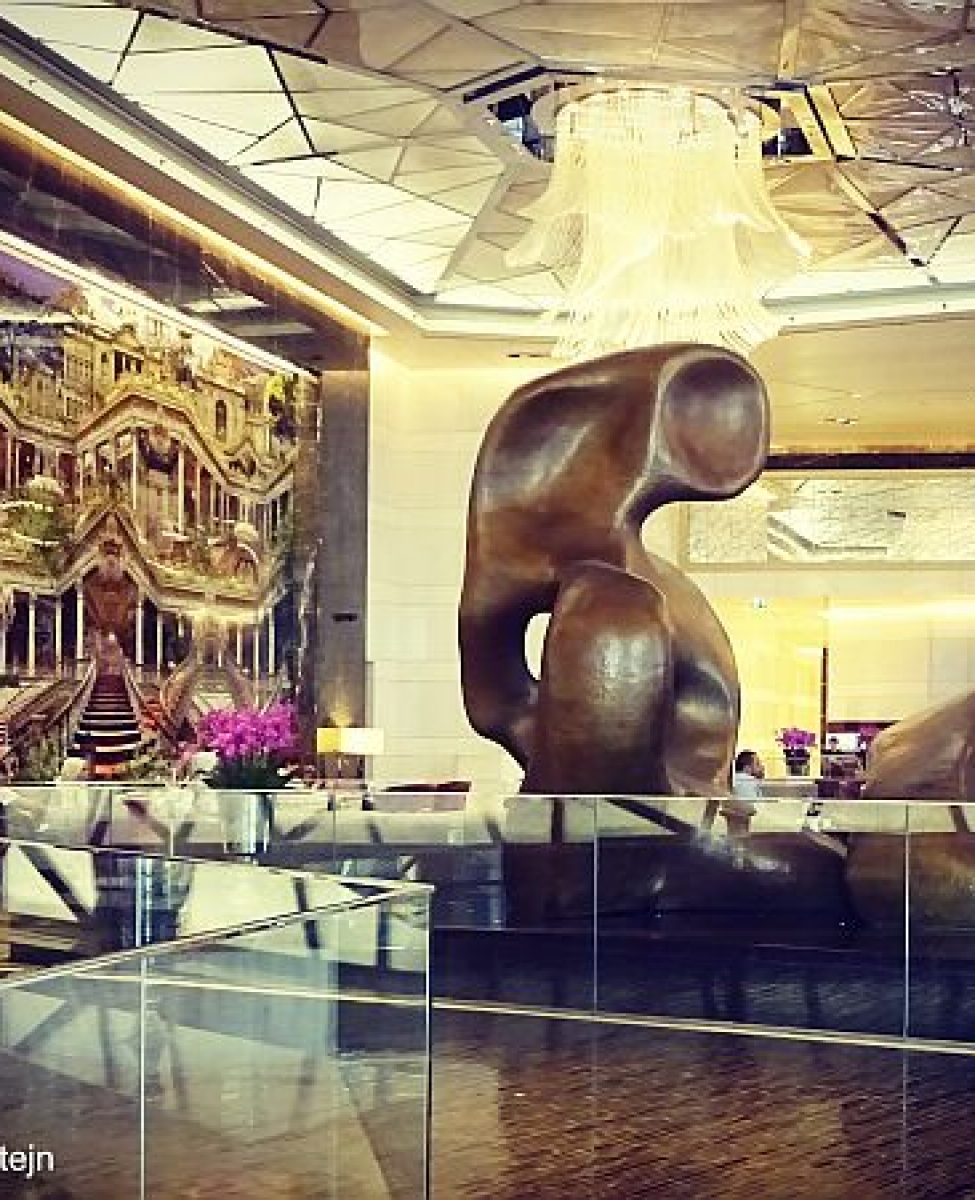 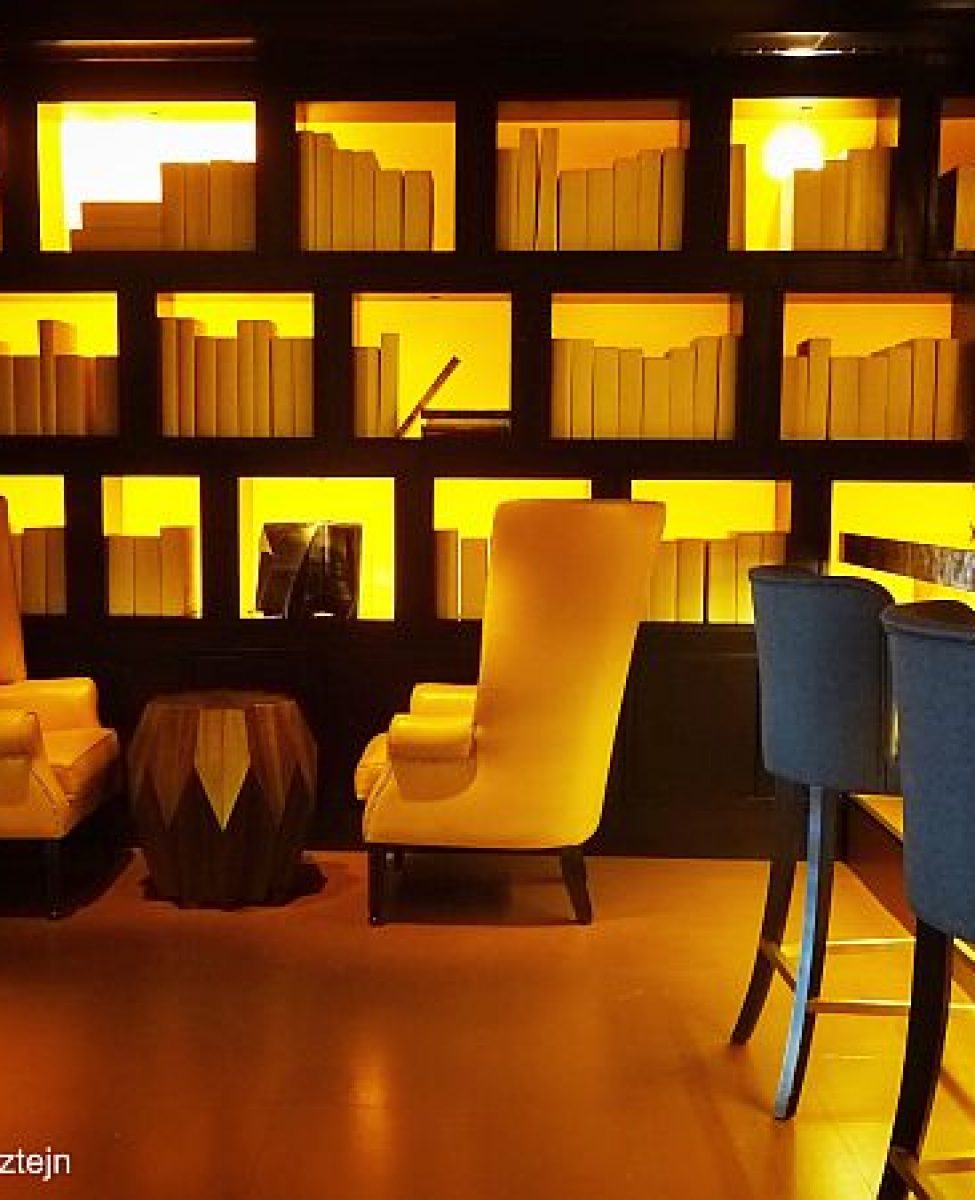